Warning: Illegal string offset 'td_post_template' in /home/bitz/public_html/wp-content/themes/Newspaper/includes/wp_booster/td_single_template_vars.php on line 75
 Xiaomi rumored to use Intel’s chip inside its Mi Pad 2 - 64Bitz 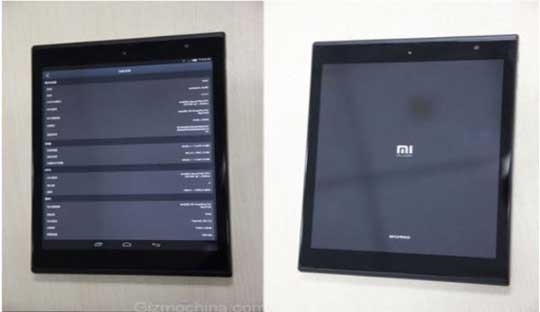 Xiaomi cost effective smartphones are not the only mobile gadgets around that are creating numerous amount of issues for leading smartphone makers such as Samsung. Its Mi 3 and Mi 4 smartphones have already starting wreaking havoc thanks to their phenomenal processing performance, premium aesthetics and a lowered price tag. Last year, Xiaomi unveiled the company’s first ever tablet, called the Mi Pad.

The Mi Pad was a 7.9 inch slate that critics dismissed as nothing more than a cheap knockoff of Apple’s iPad Mini but truth be told, the tablet not only featured NVIDIA’s power blazing Tegra K1 chipset, it also came with expandable storage and featured a price tag that would bring tears to consumers’ eyes (in the good way).

Now, since the show must go, Xiaomi will eventually be forced to start working on a tablet that will surpass the capabilities of its Mi Pad, while retaining its unbeatable price tag. The Mi Pad 2 as rumors claim, state that the tablet will possess the same form factor as its predecessor, along with the same resolution of 2048 by 1536 pixels and 2 GB RAM.

Perhaps the only thing that will actually be given an upgrade is the chipset, the battery and of course the operating system.Coming to the core hardware details, rumor has it that Xiaomi will be looking to assimilate Intel’s Atom CPU to the Mi Pad 2. The CPU’s default speed will 1.8 GHz, which is lower than the predecessor’s processing speed of 2.2 GHz, but we have known by now that clock speed and the number of cores are not the only factors that determine the overall performance of a smartphone and / or tablet.

The Mi Pad 2 will most likely be running Google’s Android Lollipop 5.0 update and it is possible that Xiaomi might make an announcement of its upcoming flagship tablet at CES 2015.

Google Nexus 9: The Technology beyond Our Concept