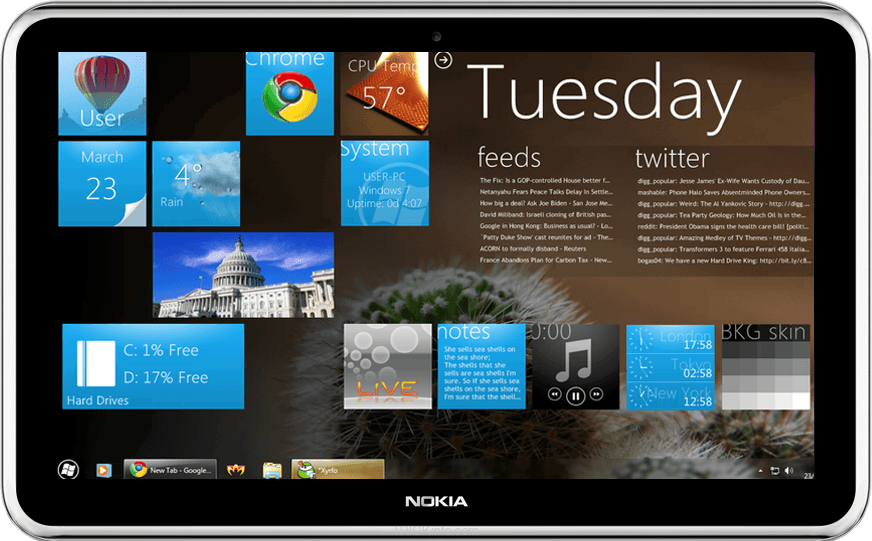 Only a handful of days ago, Nokia’s executive spoke about how they would start generating revenue by licensing its brand name out to 3rd party companies, the Finnish phone maker has just unveiled its very first tablet after its mobile and services division got acquired by Microsoft. The tablet has been given the model name N1 and features aesthetics that are equivalent to Apple’s iPad mini. Details such as a 7.9 inch screen size, a resolution of 2048 x 1536 pixels, and a single piece of anodized aluminum design is sufficient evidence that the company wanted the N1 to bear physical characteristics of the iPad mini.

Nokia’s attempt to produce an iPad mini clone must have forced the company to hire a meticulous design team because the slate’s button, camera and headphone jack placements are more or less present in the same places that where the iPad Mini has its buttons, camera and headphone jack placed. However, there are more than a few differences that separate the iPad mini clone from the original product. For starters, the N1 is thinner and lighter than the iPad mini, and will be running Google’s Android Lollipop 5.0 operating system.

As for hardware specifications, the N1 is equipped with fairly impressive components. An Intel chipset that possesses an Atom Z3580 processor will take care of the high processing tasks. The processor is a quad core and has a frequency of 2.4 GHz. It is also compatible with the 64 bit architecture, something that will improve overall operating system and app performance. The quad core processor’s performance will be improved thanks to 2 GB of RAM incorporated in to the tablet and for storage purposes, 32 GB of internal storage has been added. Images and videos can be captured thanks to an 8 MP rear camera and a 5 MP front camera. The device will carry a price tag of$249, which is a $150 less than what Apple has stamped on to its iPad mini.

Google Nexus 9: The Technology beyond Our Concept