Warning: Illegal string offset 'td_post_template' in /home/bitz/public_html/wp-content/themes/Newspaper/includes/wp_booster/td_single_template_vars.php on line 75
 Windows 10 is topping the popularity charts with 25% of steam users on board in time of few months - 64Bitz

The rise in windows 10 fame

Windows 10 has turned out to be quite famous the steam users and the rate of conversion has reached twenty five percent and still increasing. This is a massive achievement as the new operating system has been launched only months ago. Steam users seem to adore the system, at least this is what reports have revealed as of yet. One person is every five steam users is using Microsoft’s latest OS. Windows 10 has got to the heights of popularity is no time and has become the second most famous operating system among steam users after windows 7 which is still by far the most used OS by gamers around the globe. 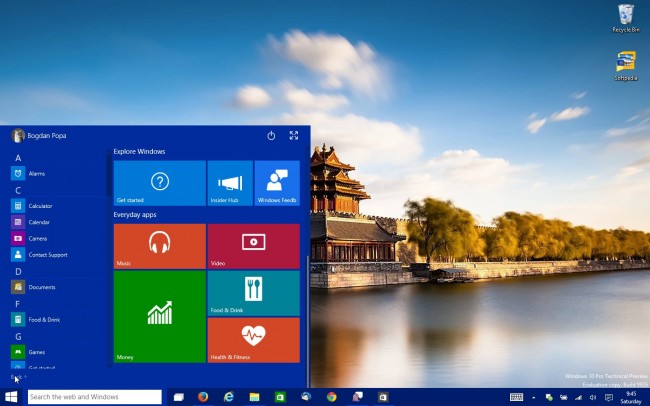 The news of the rising popularity of Windows 10 among steam users came to surface after the Valve released the hardware and software survey 2015 in the month of September. The company does surveys every month and gathers data and information pertaining to various kinds of software and hardware utilized by Steam users. The survey data aids Steam in making wise decisions in the field of technology and development. The survey conducted in September 2015 revealed the fact that the Windows share reduced a little in recent months but Microsoft’s new OS windows 10 had been seen rising in popularity among Steam users. In the time of around two months, Windows 10 exceeded in popularity and left Windows 8 behind.

With this accelerating rate of adoption, Windows 10 is expected to become the most preferred operating system for gamers in the coming year but won’t surpass the popularity of Windows 7 in near time.  Windows 7 64 bit is still leading the market as being the most loved operating system by steam users across the globe. Windows 7 holds 37.48% of shares in the market with a 2.23% drop seen in last few months as reported by Valve’s survey 2015. Windows 10 64 bit stands second in popularity with a 23.99% share in market and a 7.6% rise in adoption each month.

In Short, Windows OS has monopoly over the steam with a total share of 95.71% combining all versions. Recent reports signify the rising popularity of windows 10 and more steam users are expected to migrate to the latest Microsoft system in year 2016.