Warning: Illegal string offset 'td_post_template' in /home/bitz/public_html/wp-content/themes/Newspaper/includes/wp_booster/td_single_template_vars.php on line 75
 Google working on something that will make sharing files between iOS and Android simple - 64Bitz 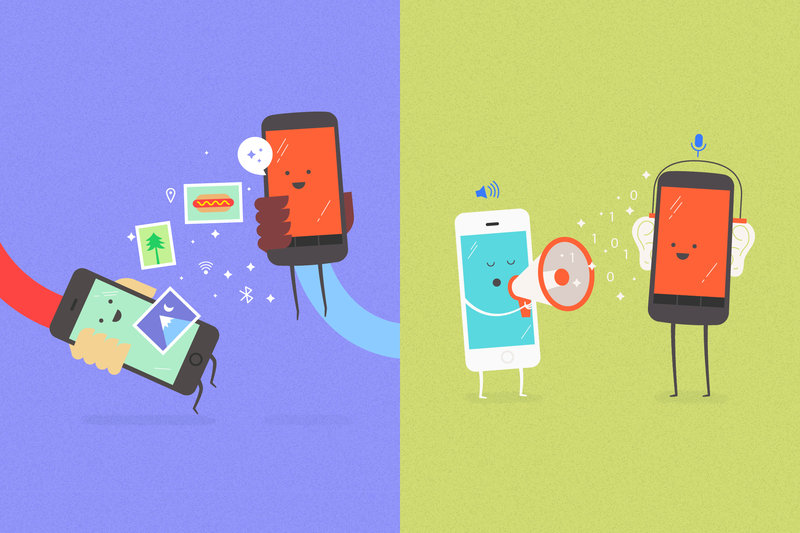 Google’s Android and Apple’s iOS operating systems are two platforms that have more and less remained immiscible (just like water and oil) when it comes to communicating with each other. The search engine giant wants to bury the past rivalries taken place with the Cupertino tech giant and bring out a solution that will allow Android and iOS users to share files comfortably and faster.

A new leak has suggested that Google has currently created another division in the company that is working on a service that has been codenamed ‘Copresence’. This feature is expected to use the Wi-Fi or Wi-Fi direct in smartphones to facilitate the file transfers taking place between iOS and Android devices. According to additional information obtained by Gigaom, in order for the file transfer to occur between the two devices; it will require location information or Bluetooth.

There is also a possibility that the two devices will be able to communicate with each other using a process called whisper. Whisper is an ultrasonic authentication method that Google has used for its Chromecast product to allow devices to connect from different networks.

Google might also be working on the Copresence service in order to keep up with the myriad number of features that Apple has presented forward for its offerings; namely synching its products that use the latest OS X and iOS operating system and allow them to be paired with one another. Continuity (feature of Apple) is one such hurdle belonging to the iPhone maker that Google has to scale over when providing an effortless experience of connecting two devices together.

Since Google is notorious for its swift acquisition behaviour, the company’s recent acquisition of Bump, which happens to be a popular third-party app that facilitates file transfers between devices will also allow users to utilize the feature effectively.