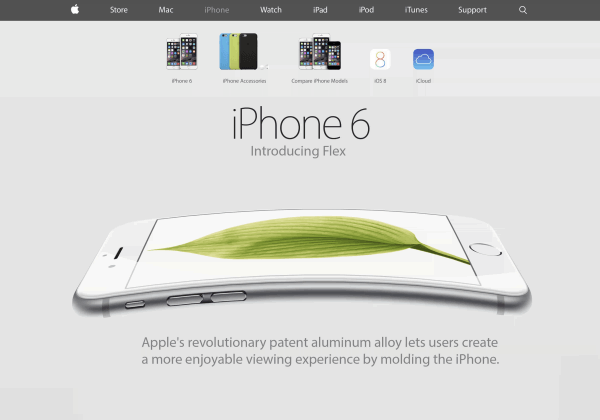 In response to numerous complaints about the new iPhone 6 becoming bent too easily, Apple has issued a statement that stated these incidents are “rare” under normal usage conditions. According to the Cupertino-based tech giant, only nine iPhone 6 Plus customers reported bent phones.

The maker of the iPhone backed their product further by saying that the devices went through rigorous testing in the development cycle, and that only the “high-quality” materials were chosen. Apple claimed that their devices are constructed from “anodized aluminum, which is tempered for extra strength” and titanium parts are used to reinforce areas that are prone to the most stress.

“We chose these high-quality materials and construction very carefully for their strengths and durability,” Apple said in a statement. “We also perform rigorous tests throughout the entire development cycle.”

“With normal use a bend in iPhone is extremely rare and through our first six days of sale, a total of nine customers have contacted Apple with a bent iPhone 6 Plus,” Apple added.

Apple competitors were also quick to jump on the bent iPhone wagon, as both LG and Samsung took to social media to take part in the hype. Samsung simply tweeted “Curved. Not bent,” referring to its new Galaxy Note Edge. Likewise, LG tweeted “Our phone doesn’t bend, it flexes…on purpose.”

Despite such bad press in recent days, Apple is purportedly receiving “record” demand for the new iPhones. Analysts suspect that the early controversy won’t have too much of an impact on iPhone sales, at least not until more people come forward about unwillingly bending their iPhones.