Google’s army of ad server’s went down today for approximately two hours causing millions of websites around the world to not load properly and not serve any ads which cost Google millions of dollars in revenue and website owners thousands of dollars between the brief outage around 9am to 11:30 am ET. Google has sent out a note saying they are aware of the issue and their engineers are working to fix it ASAP in return companies such as CNBC.com removed their ads to prevent poor user experience from their website not loading properly.

This is very big news in the tech world, when you hear a silicon valley giant like Google with thousands of servers and enough computing power to blow your mind away crashing is very unusual, rumours of Google’s server being attacked by hackers are very likely to be true. 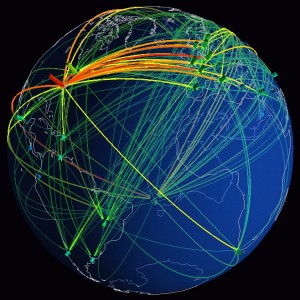 Google’s primary revenue comes from serving advertisement either via their search engine or via their DoubleClick ad server so this will definitely be something Google will need to try and avoid ever happening again.

We all have our trust in your Google; make sure this never happens again