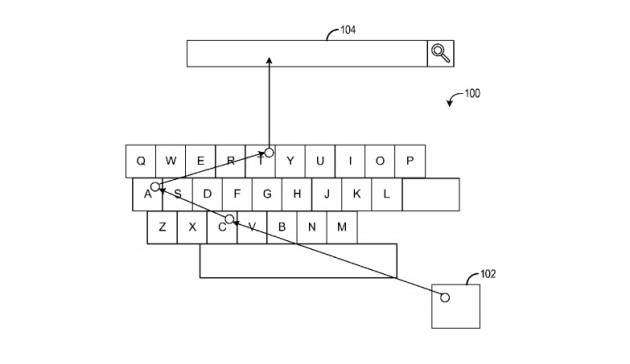 In addition to possibly working on the Surface Pro 4 that will carry a smaller price tag than the Surface Pro 3, Microsoft has just patented a software that will make the user’s typing flow ever so smooth. The tech giant has patented a keyboard software that will be able to track eye movement. While traditional key taps are still being adopted by users to compose and send texts, the introduction of swipe based keyboard software has ushered a new way of composing these text messages.

Microsoft has realized the potential of the way texting is being carried out and has now brought up the idea that if both technologies are assimilated together, a whole new level of texting can be reached. Microsoft’s idea is similar to the finger motion that is being used in swipe-based keyboard software. However, on this occasion, instead of requiring fingers to compose the entire text, Microsoft will require your eye movement to carry out the same function. As the user’s eyes will be moving from one end to the other, the mobile device’s camera will record the motion and thanks to the software, users will be able to effortlessly compose texts by positioning their eyes from corner to the other.

Microsoft had been working on an earlier technology before this. It had to do with forcing a smartphone’s on-screen keyboard to deliver the same typing sensation as the user feels when they are actually tapping the keys of a physical, tangible keyboard. While the idea seems great, it is still hooked on to using the traditional, tapping ways of typing. While it will definitely take Microsoft a great deal to incorporate the technology and software in to its future Lumia smartphones, we can still enjoy our smartphones while they last with us a bit longer.