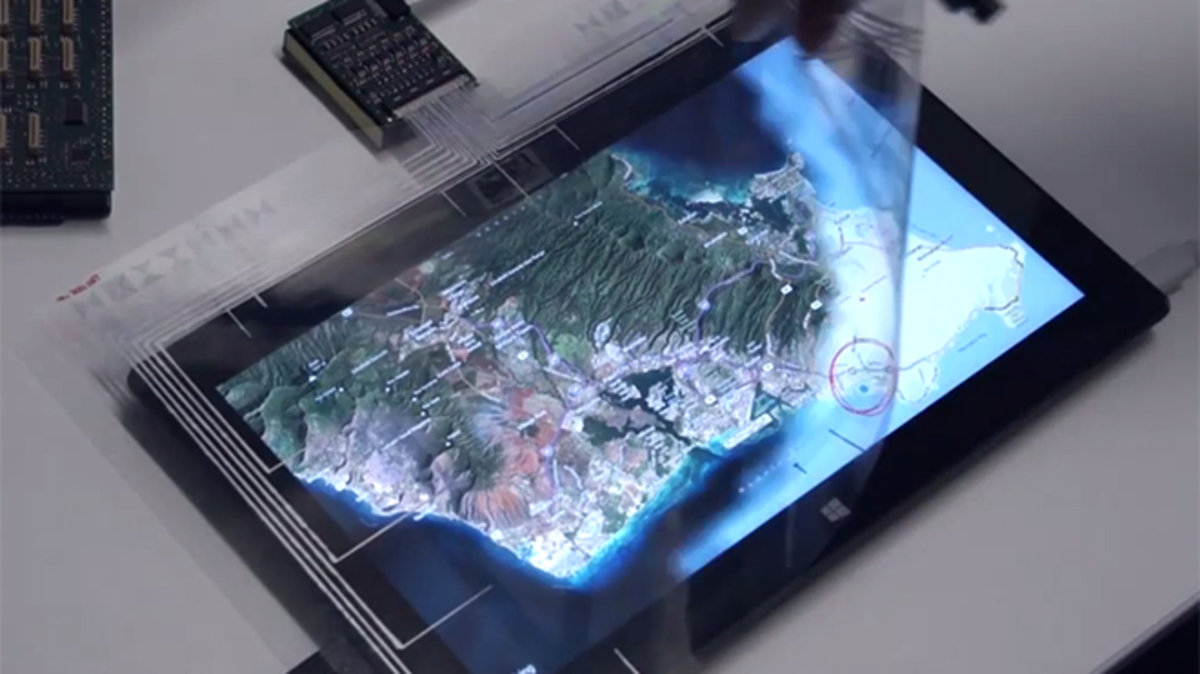 In addition to working on a new touchscreen technology that will make the screen of a mobile device feel like a keyboard, Microsoft’s proficient band of scientists designated at the R & D section of Microsoft have come up with yet another product that is exuding with sheer innovative brilliance; and it is being called the FlexSense. While the product is not loaded with any form of semi-conductors whatsoever, FlexSense is a flat piece of bendable material that is armed with a boat load of sensors.

While it might sound like an ordinary product whose prowess has been artificially inflated to gain public attention, FlexSense is much more than your average piece of tablet screen protector. If the user exerts any kind of action or force on to it, FlexSense will respond to that action or force by creating an output which is similar to the touchscreen interface.

However, in order for the sensors to start functioning, FlexSense will need to be paired with tablets in order to provide users with what the company is calling the tech as 2.5D input. This form of tech is still in the prototype phase and will most likely not make its way to the market anytime soon. However, there are reports coming in that Microsoft is testing the FlexSense on its own Surface tablet covers.

In 2013, Microsoft showcased its Surface Blades concept, which is a concept hinting to the future of mobile devices that will possess smart covers that will be capable of being used for more than just a keyboard, thanks to the myriad number of sensors embedded in it.

The concept of two touchscreens in a single package was thought of by Microsoft after the company started experimenting with its Courier device. While the product was never released to the consumers, the level of control and flexibility that Courier boasted would most likely end up becoming the progenitor of several touchscreen technologies that we will be able to witness in the foreseeable future.