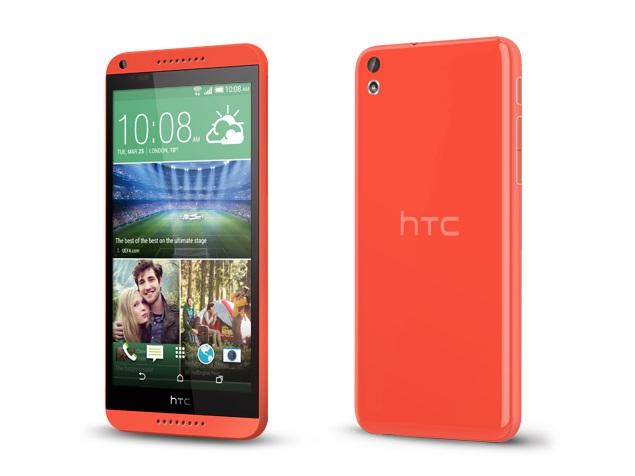 Overcoming a drought season, HTC’s current flagship smartphone; the One M8 was able to help record a substantial amount of revenue growth for the company. Following the success of the One M8, HTC decided to capitalize on this opportunity and decided to release smartphones that were targeted to the mid and lower market segments, aiming to open up as many orifices of revenues as possible.

Now, the company is rumored to be working on a smartphone rumored to be named HTC Desire Eye that will carrying a slobber knocker of a front camera, thanks to the latest leak stating that the company’s upcoming device will be sporting a 13 megapixel camera. A couple of Twitter accounts have posted pictures of the company’s next device, and there are other rumors that suggest the device is going to be named the HTC Desire Eye.

The smartphone will be targeting the segments falling in between the upper and mid-market and will possess dual 13 MP cameras. To improve the quality of the photographs, the company has also decided to incorporate flashes to both cameras in order to deliver above satisfactory results in low illuminated environments.

Other rumors that have sprouted suggest that besides possessing two very capable cameras, the Desire Eye will also be fitted with some impressive components that will supplement the overall performance of the device as well as allow the user to take quick and clean snaps from the device’s cameras. The Desire Eye is rumored to be shipped out running Qualcomm’s Snapdragon 801 system on chip, with 2GB of RAM and 32GB of in built storage.

While the company has not stated when it will be officially launching the device, it did state that the company is gearing up fora ‘double exposure’ event that is going to be held at October 8th.