Founder of Ello says that it is beautiful simple and advertisement free social network. Any new comer social networking site which wants to stay in market must compete with facebook which is like climbing mountain because facebook has already made space in its user’s heart. So many social networking sites have already shrugged out from market. Twitter is competing because of its different concept. Now Ello is in market and ready to compete with facebook. As per its founder Paul Budnitz, it is advertisement free social networking that is it doesn’t sell ad and personal data to any third party. Founder team includes some design minded American lead by Paul Budnitz.

The popularity of this social network becomes global when some consternated Californian drag queen migrated to this site leaving behind facebook. Facebook insisted them to use their real names in the network. Popularity increased in such a way that 35,000 people are now signing up to this site every hour.

The design of site is very simple and it resemble to twitter but not so easy to navigate as twitter. Since the founder team contains design minded persons so at every point, work is done very carefully. Initially Ello has to face some problem because of a perfect competitor in market but because of its simple design and easy handling process it has become very popular. Facebook is spending dollars to make itself as user-friendly. Now it is a thing to see how a new comer will establish itself in the market on the basis of its design and easy handling process. 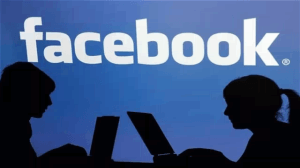 According to users, it is very unusual to take transfer from facebook to Ello. Initially finding the search option in this site was difficult but after spending one hour on it, now feeling has changed. Simplicity of design starts coming into mind. The most important thing about Ello is how it has been adopted by people in little time after emergence.

As the founder of Ello has already told that this site is ads free then the most important question is how it earns. If there will be no any earning then why people will invest in it. At this point Ello said that they will sell premium content.

Although the networking site Ello is working hard to remain in market, it has to do something special. In European countries, facebook’s whatsapp deal is struggling for success, this case may me good opportunity for new comers like Ello.