With the approval of FTC, the Facebook’s WhatsApp deal is now OK in Europe. The deal of $19 billion, biggest deal in the history of Facebook is now successful in Europe. European citizens are now connected to each other by the help of this app and this is indeed becoming popular in Europe. The success of Facebook’s WhatsApp deal was in confusion because of competition in market but after careful study of the market, European competition commissioner Joaquin Almunia came to the conclusion that most of the people use more than two apps for communication. Facebook messenger and Whatsapp both can be used simultaneously. Facebook messenger needs a Facebook account to perform but WhatsApp needs only small effort and it starts working soon, and this is also the reason because of which WhatsApp didn’t face much competition in the market.

There are so many messaging apps in the market like Viber, Line, WeChat, etc, but WhatsApp is most popular because of its simplicity and functions it provides. The company is now planning to add free voice calling service in this app, and it will surely be a milestone in improving the quality of this app.

Do you use WhatsApp? see our status and quotes. 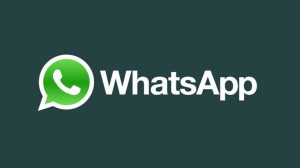 Federal Trade Commission was worried at the point of privacy, so a letter cautioning both the messenger and WhatsApp was given that they will not provide usernames or numbers to any third parties. It is also said that if anyone will violate the rule they will be punished under section5 of Federal Trade Commission Act. The owner of Facebook Mark Zuckerberg and WhatsApp CEO Jan Koum assured that the privacy policy of both will remain same, but FTC will keep an eye just to be sure. EC said in the statement that privacy is most important for European people because they share their information on whats app and Facebook. The messaging apps are also the medium of online advertisement so with the coming of WhatsApp in the market, competition in this field may also increase. Any privacy concern because of the high density of data flowing doesn’t come under EU competition, it is said by EC. By keeping these things in mind, it is concluded that there will be not any competition concern.

By taking approval from both Europe and the US, this deal now runs without any obstacle and in coming months the deal will come much closer. By keeping the privacy policies of a European country in mind, WhatsApp is running smoothly in Europe and the deal is successful.