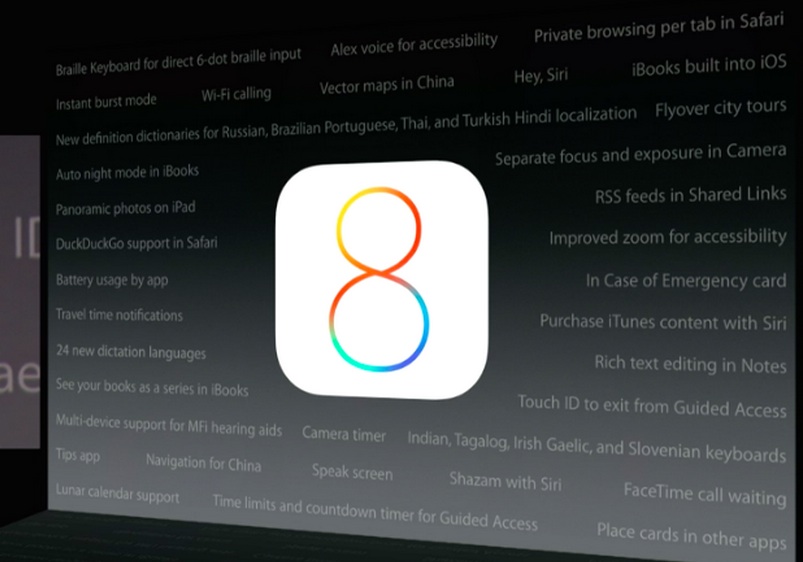 Companies will always perform a rigorous testing phase of the upcoming operating system update before officially launching it to be downloaded on to smartphones and tablets but it seems that the fruit of their efforts will always goes unrewarded. The latest plague of errors on mobile devices is coming from the iOS camp as many users have started complaining of the major bugs and issues their devices have start to suffer from since updating it to Apple’s latest operating system update.

The first issue that was raised on the Apple Support forum was the sluggish and slow Wi-Fi speeds after upgrading to iOS 8. A lot of users reported that after connecting to a network over Wi-Fi, the internet speed slows down and within first few minutes, it slows down to the extent where it’s impossible to even browse Google.com.

Among the issues, degradation of wireless network speeds have taken place after installing the update on the iPhone 5S, iPad Air and iPad mini with Retina Display. While the iPhone 5S is known for its intimidating processing power and its 64 bit architecture, even that wasn’t helping against the buggy iOS 8. Several iPhone 5S uses have also complained about the overheating of their device and the incessant crashing of applications that take place after a brief amount of usage.

The aforementioned issue is peanuts against the battery life issue which has affected several users. Although the iOS 8 let users view which apps are responsible for draining battery life, it makes an insignificant amount of difference as the overall problem lies within the operating system and not the installed applications. Problems with iMessage started to disinter, which according to the information delivered by some users, the messaging app could not be used.

The complaints will most likely be logged and sent to Apple and operating system developers; who will sure to look for a solution to either rid the problem completely or mitigate the issues till a new iOS 8 update is rolled out by the company. For now, users can either hold out or roll back to the previous operating system.