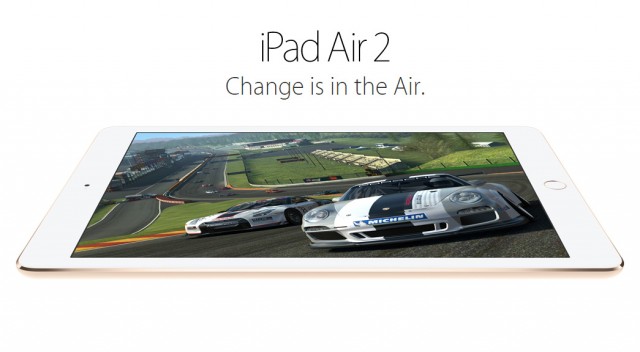 16th October has gone and passed but the major variety of products that Apple had the capacity to unveil can only be termed as impressive and long-lasting. One of them is the successor of the original iPad Air; the iPad Air 2, which is thinner than its younger brother and boasts far more speed and features. Possessing a thickness of just 6.1 mm, the iPad Air 2 is equipped with the A8X, which is a second generation 64 bit chipset that dwarfs the monstrous A8’s power by 40 percent in pure processing power and 2.5 times in graphics rendering, making the iPad Air 2 steal the tagline that came with the original iPad Air; the thinnest, lightest, and fastest iPad Air ever.

In addition to the iPad Air 2, Apple also announced the iPad Mini 3, but in comparison to the company’s flagship tablet, the lesser tablet was given a shred of the spotlight that the iPad Air 2 was given. In addition to being assimilated with powerful specs, the iPad Air also comes shipped with some fancy new features; one of them is making the display 56 percent less reflective. Apple did not unveil the resolution that the tablet was radiating, but it did mention that the iPad Air 2 did not come with a Retina HD display. The company however, did state that the new tablet possesses ‘no air gaps’, allowing the display’s image quality to dramatically increase.

The slate also possesses an 8-megapixel iSight camera plus a new FaceTime HD camera on the front of its chassis. For wireless connectivity, the iPad Air 2 supports up to 20 LTE bands, which is more than what any other tablet supports along with an 802.11 ac 2×2 wireless adapter and a Touch ID fingerprint sensor.Pricing of the tablet starts from $499 for the 16 GB model, up to $830 for the 128GB model.