Thanks to the overall energy efficiency of CPUs, not to mention the upgrade in performance provided by integrated graphic solutions from Intel and AMD, thinner notebooks are now being preferred over the bulkier form factor of laptops. However, while sleeker laptops might look appealing to the eyes, their thin form factor will not be able to accommodate larger graphics rendering chips, which need a larger amount of space to dissipate a large amount of heat from the laptop’s chassis.

According to chief executive officer of NVIDIA, Jen-Hsun Huang, notebooks that come equipped with discreet mobile GPUs will continue to decline thanks to the level of popularity exhibited by integrated graphic notebooks. Even though there is still a market for gamers who prefer to carry around the portability factor in gaming notebooks, that number is slowly diminishing. 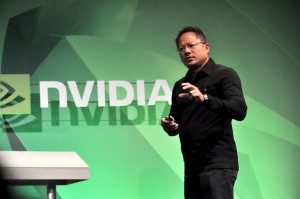 As for the statistical figure, sales of NVIDIA’S graphics processing units; which includes all known categories;GeForce, Quadro and Tesla chips, were able to rake in $991 million for the 3rd quarter of 2015. In total, revenue from NVIDIA’s products grew 36 percent in 2014 when compared to the total amount of revenue generated in 2013. NVIDIA’s Keplar and Maxwell architecture were the true reason behind the growth of sales for the company. With improved graphics rendering performance, increased energy efficiency and a variety of other technologies incorporated in to the architecture, these devices are still selling like hot cakes.