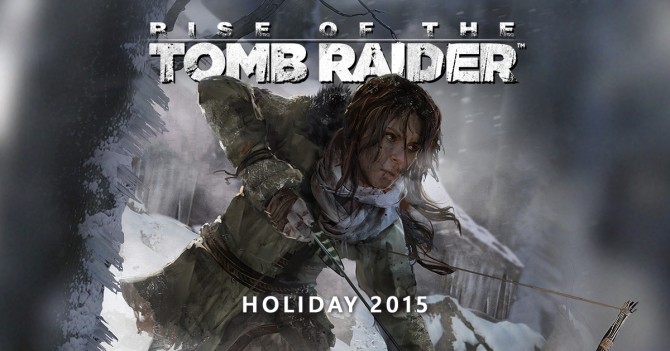 Game exclusivity has always been an element that has been loathed by gamers worldwide and it looks like it is not going to change anytime soon. According to Square Enix, the company that was responsible for co-developing the Tomb Raider 2013 reboot gaming title alongside Crystal Dynamics has confirmed that Microsoft will be publishing the sequel. A Microsoft spokesperson later confirmed the report, stating that Microsoft will indeed be publishing the title.

According to Microsoft’s Xbox head, Phil Spencer, Rise of the Tomb Raider will be made exclusively for the Xbox One and the Xbox 360 platform. However, what the Xbox’s head did not realize that making the game exclusive to the Xbox will end up making PC gamers and PlayStation owners thoroughly upset. Phil Spencer earlier, had stated that the company will be catering to the PC & flash gamers but it looks like he has yet delivered his word.

Square Enix has stated that one of the reasons why Microsoft has decided to publish the highly anticipated game is because the company wants to get some traction out of its Microsoft’s Xbox One sales. Currently, Sony is amused at how Microsoft’s Xbox One is not able to accumulate sufficient success as its rival’s console. After Sony’s PS4 exclusive Uncharted 4 gets released next Christmas, Microsoft will at least have something to answer to in full force.

As for whether or not the game will be branched out to the PC or PS4, Microsoft and Square Enix have not commented on this particular part of the news. Even if Rise of the Tomb Raider does not manage to make it to the other platforms, there are an abundant number of titles to look forward to in 2015.